April 6: The answer to why it’s so difficult to secure confirmed tickets on Indian Railways is the country’s large population, which means there are more individuals looking for fewer seat vacancies. India is the world’s second most populous country, and it will shortly pass China to become the world’s largest. Because resources never expand in such a geometrical form, when such a huge population searches for a limited number of seats, there is guaranteed to be a shortage of seat berths.

Then there’s the festive season, when the problem of seat unavailability is at its peak. Many people around the country order tickets at the same time, resulting in the First-come, First-served phenomena. Indian Railways’ lack of modern infrastructure limits train speed, which in turn limits the number of trains that can travel the same route. All of this results in fewer trains running between two railway stations, resulting in fewer seats available for booking by a small number of passengers.

Roundpay Techno Media Pvt LTD (https://roundpay.in/), a VAS provider, has introduced a B2B travel solution for travel agencies as part of Roundpay’s retail activities. RoundPay is establishing this platform in collaboration with the Indian Railway Catering and Tourism Corporation (IRCTC), as its principal agent for IRCTC e-ticket bookings.

In collaboration with the Indian Railway Catering and Tourism Corporation (IRCTC), its stores can become approved IRCTC e-ticket agents and book train tickets according to IRCTC criteria. Customers can access this service 24 hours a day, seven days a week. This service can also be used to provide information about Train Routes, Train Timings, Train Fare, and Seat Availability because it is an IRCTC e-ticket agent. Roundpay currently employs over 5,000 IRCTC agents across India. We make it easier for merchants to book tickets and deliver train information since we provide them with a user-friendly and speedy interface. 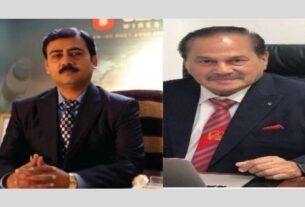 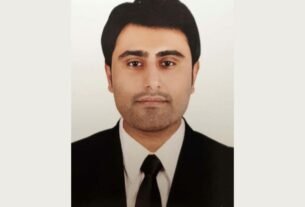 Dhruv Kapoor Appointed as a Member of the Telephone Advisory Committee in Ministry of Communications, Government of India