September 23: The name Nishant S Mehta is ubiquitous in business and financial circles as a personality who has endeavoured through various domains and achieved a considerable number of accomplishments. Apart from being the youngest Indian to hold 3 master’s degrees, Nishant has made his unequivocal presence felt in philanthropic activities, especially with his highly successful and beneficial India Fights Corona campaign. By also functioning as a mentor to start-ups, Nishant S Mehta is doing his bit in cultivating some of the most successful start-ups in the country and making the ecosystem conducive for more initiatives to come up.

Amongst his many involvements in the social, cultural and financial arena, his stint as the President of the Toastmasters United Club is one of supreme importance and recognition. This achievement of his came after serving various smaller stints, across a span of 6 years, as Area Director and Financial Director of District 98, an award-winning district that covers states like Gujarat, Maharashtra, Madhya Pradesh, Chhattisgarh, Telangana and Andhra Pradesh. By handling these diverse portfolios, Nishant S Mehta was able to prove his mettle in displaying and bringing into action his impeccable leadership skills and oratorial abilities. This skill of his was recognised as he was conferred with the prestigious title of Distinguished Toastmaster (DTM), a title that represents the highest level of educational achievement in Toastmasters. Nishant has epitomised the objective of the Toastmasters initiative- to create the boldest leaders and speakers of tomorrow.

Currently, he serves as the Vice President, Education of Stellar Toastmasters Club, Mumbai, and the President of Toastmasters United, Mumbai. He also dispenses his duties as the Chief Editor of the Newsletter of District 98.

Being a Distinguished Toastmaster is another feather to Nishant S Mehta’s cap that exhibits not only his stellar contributions to his respective professions but also his commitment and objective to bring holistic development and welfare to his community, as a capable leader. 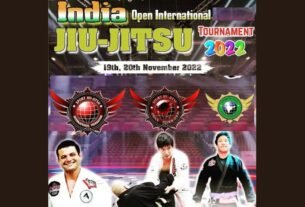