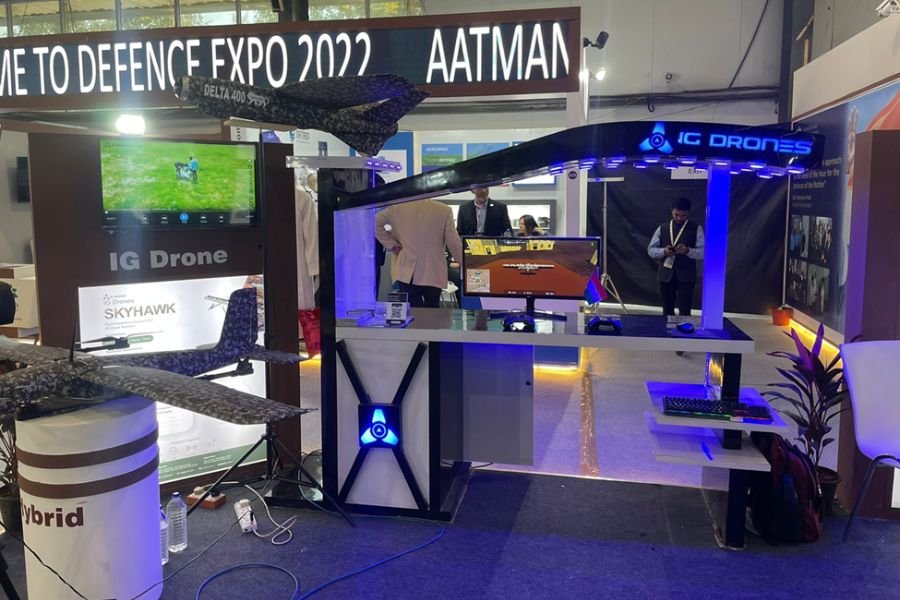 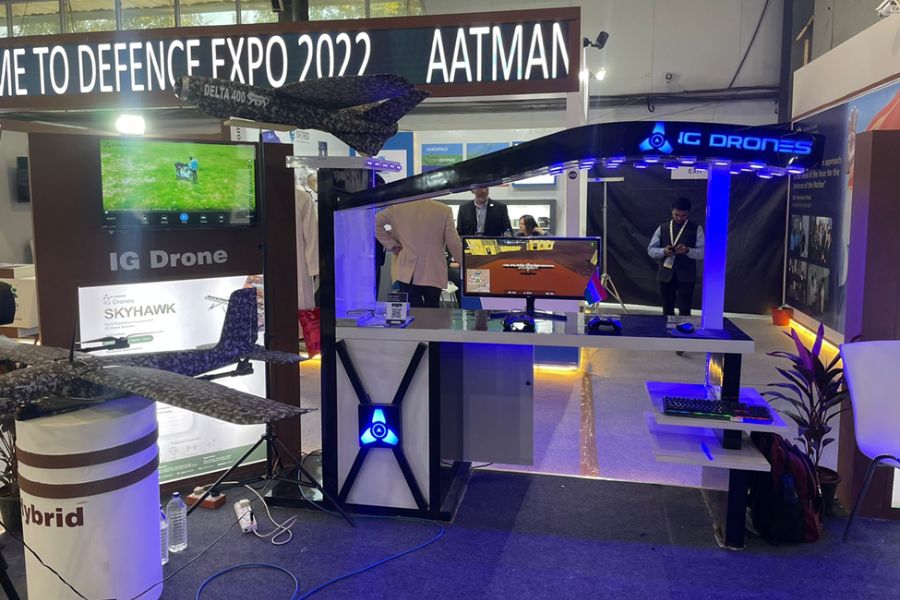 New Delhi [India], October 27: To empower over 10 million youth and aligning with the vision of Prime Minister Narendra Modi to make India the drone superpower Delhi based IG Drones launched it at Defence Expo 2022.

Do you Know?  “Flying isn’t dangerous; crashing is what’s dangerous.”

This is why India’s leading drone solutions provider, IG Drones has pioneered the first ever indigenously developed drone simulator with our Honourable Prime Minister, Mr Narendra Modi, in attendance.

To empower more than 10 million youth and to join forces with the Prime Minister’s vision of making India a drone capital across the globe, Delhi-based organisation, IG Drones, launched India’s maiden ‘Drone Simulator’ at the Defence Expo, 2022.

India is aiming to have drones as its superpower and to do so, it needs trained pilots, which is not very cost-effective when compared to the risks involved. To address this plight, India’s leading enterprise drone solutions company, IG Drones, has developed India’s foremost, indigenously developed drone simulator.

This drone simulator will help pilots avoid the frustration of a damaged drone while providing the most realistically simulated flying experience using technologically advanced software. This IG Drones software, tailored for varied applications, enables users to hone piloting skills without the potential risks and expenses associated with real-life training.

Every aspect of IG Drones’ unique flight control technology is analysed and adapted to create the most realistic simulated flying experience.

The Honourable Prime Minister of India, Narendra Modi, visited IG Drone’s cubicle at the expo and enquired about the ground-breaking ingenious innovation and was excited to know about the made-in-India product.

The renowned Principal Secretary PMO, Shri PK Mishra, tried his hand on the stimulator and was perhaps quite impressed with the vision of this firm to empower around 10 million youth by providing them with this pristine drone technology.

Other than the reasons discussed above, there are even more reasons why the drone stimulator must be used. The most substantial reason for using a drone flight simulator is to avoid damaging a drone while learning to fly. With a flight simulator, drone flying practise can be done even in critical weather conditions.

With a flight simulator, one can start learning the ropes even before saving up enough to get all the gear that is eventually required. For professionals, flight simulators are a marvellous way to learn new skills in photography and videography, as well as all the other controls.

Some of the many salient features of this simulator are an authentic flying experience; real-life environment with a comprehensive physics engine, defence and industrial applications; and seamless connectivity.

Most essentially, just like how flying a drone is fun, flying on a virtual programme shares that same amount of joy. It has its differences, of course, in terms of the feel of the controls and the visual experience, but it’s still an incredibly refreshing way to spend a few hours, while also improving your real-life skills simultaneously.

The CEO of IG Drones, Bodhisattwa Sanghapriya, is very passionate about creating a global drone force that will serve local communities needs and serve as a leader in applying technology to a variety of issues.

IG Drones is present all over the country, starting from the head office in Delhi and branch offices in Mumbai, Ahmedabad, Kolkata, Guwahati, Bangalore, and Bhubaneswar. PAN India IG Drones has a presence in every sector of India, having completed over 300 projects.

Decorated with the highest distinction, it has been awarded by the Airwards, the first panoptic global awards programme of its kind dedicated to identifying, recognizing, and championing the breadth of positive drone use cases from around the world, as the best drone startup organisation in India. 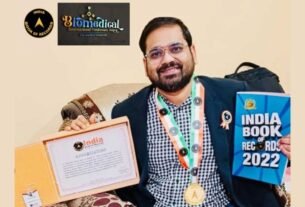 Here’s everything you should know about International Record Holder Researcher Dr. Simanchal Panda!