September 27: Bharatiya Janata Party leader Kapil Mishra while taking a jibe at Aam Aadmi Party government for their unreasonable claim of providing employment to ten lakh youth said that the proposed assurance for the employment is all lies if their government is formed.

Hindu Ecosystem and Utsav Foundation organized a talk by Kapil Mishra titled ‘ Rajniti me Rashtraniti’ (National Policy in Politics)  at Sanjeev Kumar Auditorium today. Kapil Mishra while addressing the large number of youths took a solid dig at the Kejriwal government in Delhi by exposing their reality by presenting accurate facts and figures.

On Kejriwal’s promise of giving all the contractual employees regular jobs, Kapil Mishra exposed him by saying that there are as many as 17 contract employees who work in the Chief Minister’s office itself. So, it is better to make them permanent first. “Kejriwal previously claimed the employment for 12 lakh youths in Delhi, but as per the Delhi government’s RTI itself only 3246 people have got jobs in last eight years,” he added.

Talking about education Kapil Mishra said, “ In spite of the fact that not a single new school or college has been built in Delhi since eight years , the AAP leader is propagating education model of Delhi in Gujarat.”

According to Kapil Mishra Gujarat’s Ahmedabad is a riverfront model and on the bank of Yamuna river in Delhi there lies a Rohingya front.

The post A talk on ‘National Policy in Politics’ Organized by Hindu Ecosystem and Utsav Foundation appeared first on Republic News Today. 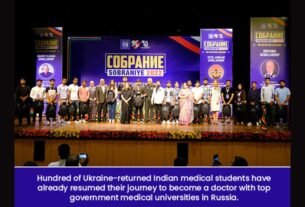 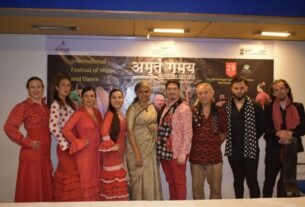