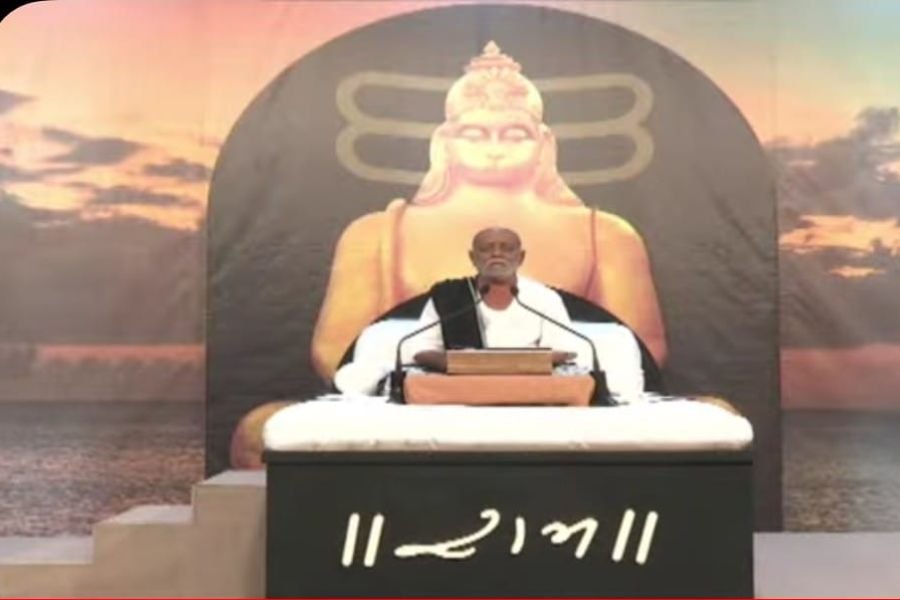 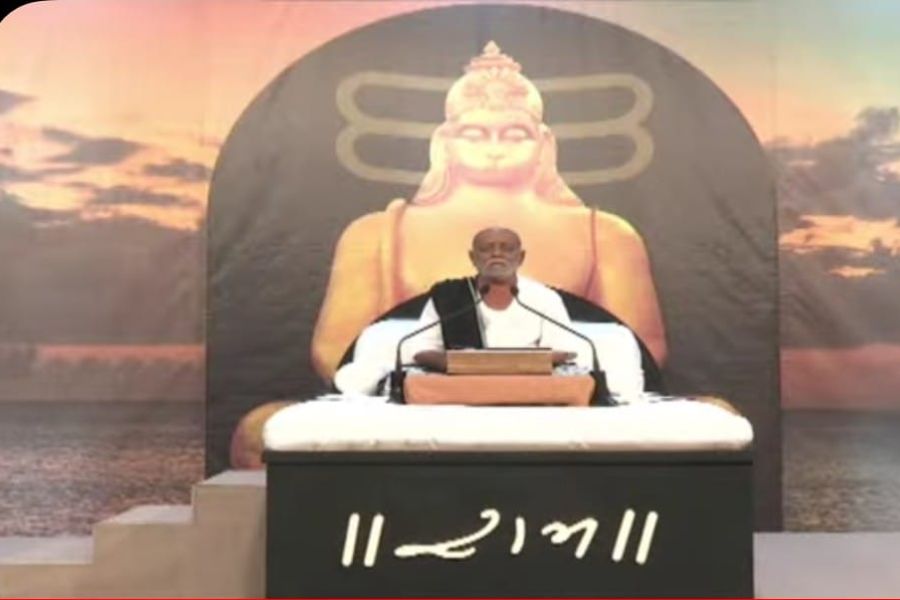 September 12: In a world tormented by fears, insecurities, and a torrent of troubles, who is our saviour except for the Realized Master? In the spiritual, and particularly the Hindu tradition, for a devotee, his Guru is his only refuge. Leaving everything into the capable hands of his preceptor, a disciple can live a worry-free life.

This was the crux of the discourse that well-known Ramayana exponent Morari Bapu started in the Tanzanian island of Zanzibar, which has deep historical and trade links with India. The famous tourist destination, also famous for spices, is where the nine-day Ram Katha discourse will now take place, each day, at Madinat Al Bahr, from Saturday, September 10 till September 18, from 10 am – 1 pm local time.

Morari Bapu is a very famous expounder of the famous epic Ramayana written by Goswami Tulsidas. Normally, Bapu picks two lines from the epic and explains them in detail over 9-days adding context from the various sacred scriptures, anecdotes, folklore and more. The idea is to plant the root meaning of these lines and to understand their antecedent and relevance in the larger concept of the text as well as life. Morari Bapu, who is attributed with taking the Ramayana to the homes and hearts of the people all over India and the world, connects all teachings with morals and ideals that need to be incorporated into daily living to bring more joy and peace in people’s lives.

In the Zanzibar Katha, spiritual luminary Morari Bapu picked the topic of “Manas Ramraksha”, pressing the point about unequivocal protection granted by God or our Guru, who is the sole and focal point of our faith. This would be Bapu’s 903rd discourse, a journey that started around 1960 when he was just 14 years old.

The two lines picked for Zanzibar Ram Katha are:

(Listen, O sage: I tell you with all cheerfulness that those who exclusively adore Me, giving up all other expectations and hope, of those I always take care, even as a mother tends her child.)

Starting his address today in a rather unconventional way, Bapu first related the story of Aranyakand, the third canto of the Ramayana, and later picked the above lines though he normally begins his talk by singing the two central lines. During the narration, he emphasized the point of Shabari’s devotion where she is infused with joy at the meeting of Ram, but her greater reason for celebration is that her Guru’s words have come true that if she waited, the Sun among the Raghavas – Lord Ram, would one day himself walk up to her at her ashram. And true enough, Ram, during the period of exile, reaches Shabari’s ashram searching for his consort Sita, who has been abducted by the demon king Ravana. Ram then asks Shabari for aid which in turn directs him to the Pampa river and beyond, urging him to forge a friendship with Sugreeva.

Having met Ram and thus fulfilling her lifelong dream, Shabari chooses for her body to be consumed by Yoga Agni than bear the pain of separation from the Lord.

Moving to the central theme, Bapu said in a human being’s journey of life, during the foetal stage, God shields; as a baby, a mother is a protector; for a young boy, a father gives succour followed by his teacher and finally, in adulthood, it is a Realized Master who safeguards.

Like during the attack of Meghanad, Ram’s monkey army was attacked from all directions, sometimes troubles completely corner us, at our faith in the Guru gives us courage and fortitude.

Bapu has famously said that Dharma (moral code) comprises three simple basic virtues of ‘Truth, Love and Compassion. He preaches against indulging in envy, jealousy, and hatred of others, as well as unnecessary and unlimited accumulation of objects.

Morari Bapu, who began his journey as a narrator of this grand epic at the age of 14, follows the two-track principles of “Bhajan Karo and Bhojan Karao”, i.e. to chant the holy name and serve food to others with respect. That is the reason the congregational discourse, which is being hosted by Nilesh and Rohita Jasani from Nairobi, will be followed by ‘prasad’ (lunch and dinner) daily for Katha attendees. 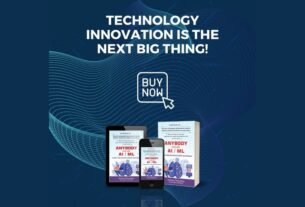 Anybody can use AI/ML, a book launched with the vision to make readers become versed with the technology 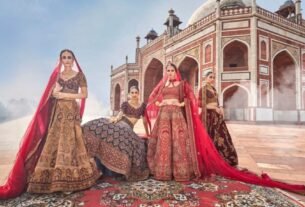