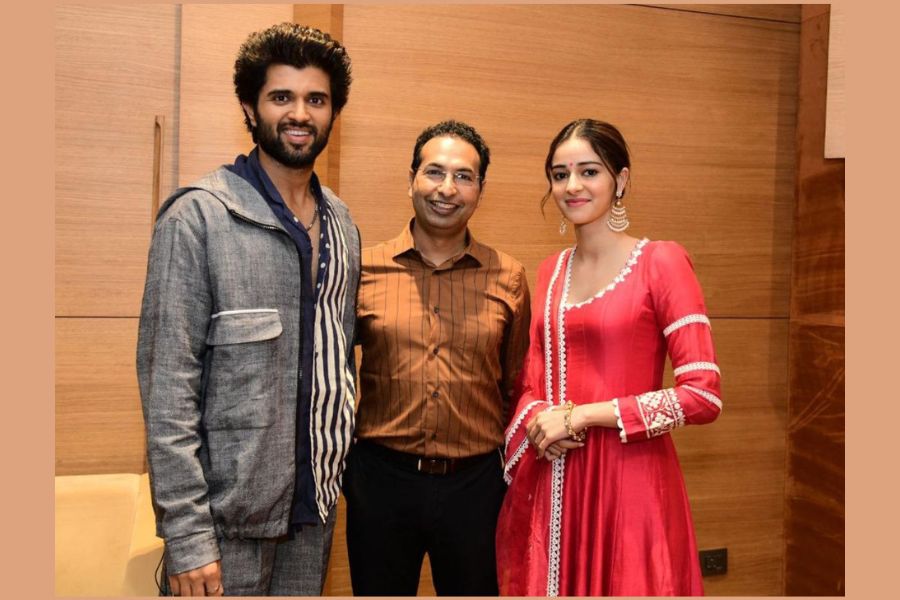 August 25: The Liger actors and crew are enthusiastically promoting their new movie Liger while doing all possible to spread the word about it. The leads of the much-awaited film, Vijay Deverakonda and Ananya Panday, are also touring the nation to promote the up-coming film, and so they visited The Centrum Hotel, Lucknow to promote it for Hindi audience. Ronit Roy and Ramya Krishna play important roles in one of the most anticipated movies of the year.  American boxer Mike Tyson plays an extended cameo in the movie. Vijay Deverakonda & Ananya are all set to roar at the box office with his latest action film Liger, written, directed, and co-produced by Puri Jagannadh.

The movie, which stars Bollywood actress Ananya Panday as the female lead marking her debut in Tollywood is going to release across theatres all over the world on August 25.

With the kind of promotions the film’s unit is taking out, Liger has already reached every nook and corner of the country. The team of Puri Connects has been organising pre-release events in several cities to create buzz before the film’s release. The promotions of this movie are going on in full swing. The songs, teaser and trailer released from this movie have impressed the audience tremendously. There is a Liger rush on social media as well. Recently the pre-release event of this movie was held in Lucknow’s biggest hotel & luxurious resort, The Centrum, which is turning into a prominent launchpad for exclusive events.

While talking with Media, Sarvesh Goel, The Chairman of Mansingh Goel group and the Promoter of The Centrum, has given his views about the film Liger. “The films made by South Film industry are giving different level of the cinema experience to its audiences and setting up the new benchmarks for the entire film industry. We are highly pleased that we got an opportunity to host all the guest of Team Liger, and extends our thanks to Dharma Production for choosing The Centrum Lucknow as a venue for the film promotion.”

Karan Johar is co-producing the film and presenting it in Hindi across the northern region under his banner Dharma Productions. The film’s music is composed by Sunil Kashyap, Vikram Montrose, Jaani, Lijo George-DJ Chetas and Tanishk Bagchi. Liger will be released in Telugu, Tamil, Kannada, Malayalam and Hindi.

The post The Team Liger is at Lucknows biggest launchpad, The Centrum Hotel, for film promotion appeared first on Republic News Today. I believe in doing songs that are more relatable : Jais Tak