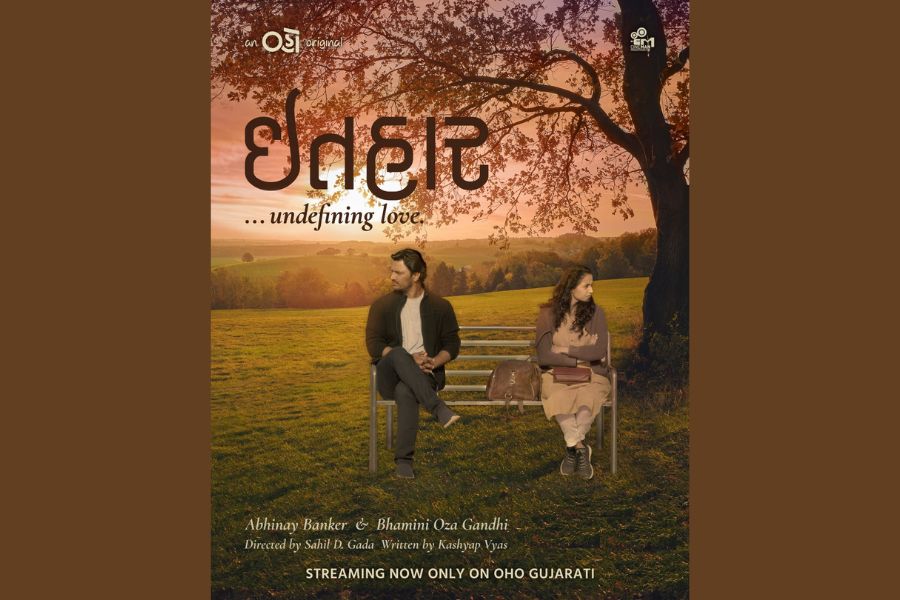 Ahmedabad, July 23: What happens when a couple outgrows their relationship because they’ve undergone evolution and growth personally? We get ‘Ithaar’, in other words, “selflessness”

Ithaar follows the story of Ishaan and Disha, a couple in a long-distance relationship for over 5 years. Fondness is decreasing, conversations are withering, and emotional distance is slowly seeping in. Within all of this, is love still alive?

Director Sahil D Gada says, “A simple story that deals with a complex character, complex characters dealing in simple situations, the play and balance between these spaces were great fun. Ithaar has given me one of the most fruitful and interesting collaborations with the actors. It was the three of us, in a tight-knit to figure out how we want to tell this story on screen.” Actor Abhinay Banker says, “When I got the script of Ithaar, I also got freedom with it. As an actor, it is very important that Director and Writer give you creative space to portray the character as per your imagination and thought process. With such a great team, I got the greatest actor BhaminiOza Gandhi whom I have known for years through theatre but never got a chance to work with her. It was one of the best experiences of my life to work with such a genius actor and Director, of course. Ithaar is a very sweet story of a couple to whom everyone can relate with.”

Actor BhaminiOza Gandhi says, “Ithaar is a very different story blended with Emotion and Relationships. I always wanted to do something new and different, and when Director Sahil came to me and narrate the script, I was like, this is an amazing story. It has so many layers.”

Ithaar is Streaming now on OHO Gujarati. It is Directed by Sahil D Gada and Written by Kashyap Vyas. HE-MAN, Larger than the life Dhaba turns one this year