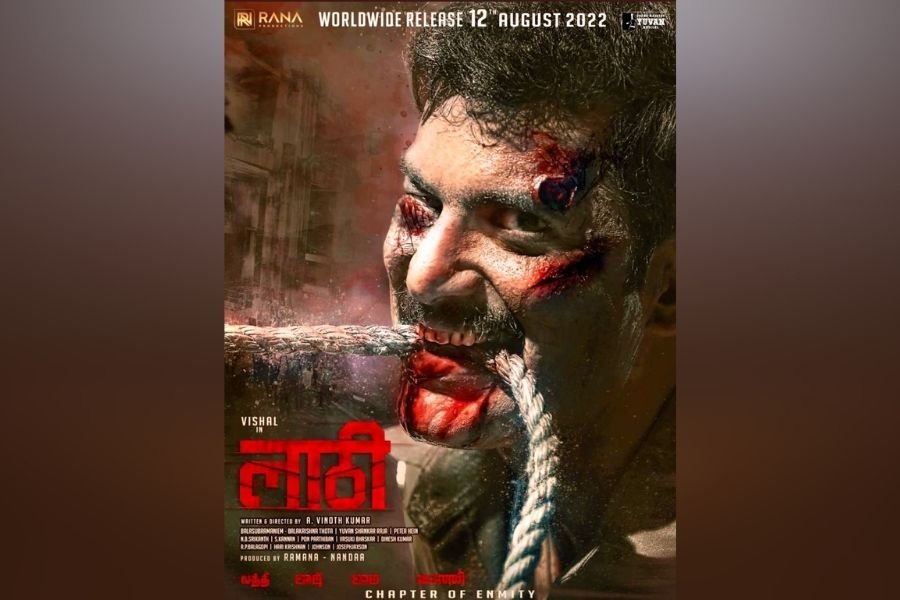 May 24: Indian actor Vishal Krishna released the second look of his upcoming movie Laththi and is delighted with the response he has received in all languages. This big-budget film is Vishal’s 32nd film which is made for the audience in India and worldwide.

His best friends Nandaa Dorairaj & Ramanna have become first-time producers for this movie. The movie is directed by debut director Vinodh. South actress Sunaina plays the female lead opposite Vishal. The movie will be released in five languages – Telugu, Tamil, Hindi, Malayalam and Kannada.

Vishal says “In this cop action entertainer, I am delighted to see myself in a completely different body language which is what I am really looking forward for the audience to see when Laththi hits the silver screens worldwide on the 12.8.2022. I play the role of a police constable in the movie which I have never portrayed before apart from playing a father to a six-year-old. I have been lauded for my action-packed performances all through my career but this movie is very unique. This is the only film so far in my career in which I have been bruised and injured the most while canning the high-intensity action sequences.

He adds “I am collaborating with one of India’s best action choreographers Peter Hein for the first time in my career. It was a different experience for me all together. As already mentioned, it is going to be firecrackers all the way since I have never shot an action sequence for so many days at a stretch. It has taken more than 60 days to shoot the last 45 minutes of the high octane climax action sequence.” Justice for Sushant Singh Rajput in ‘Nyay The Justice’ movie 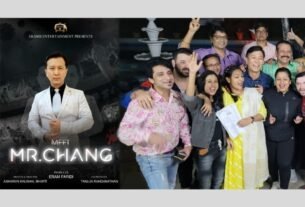