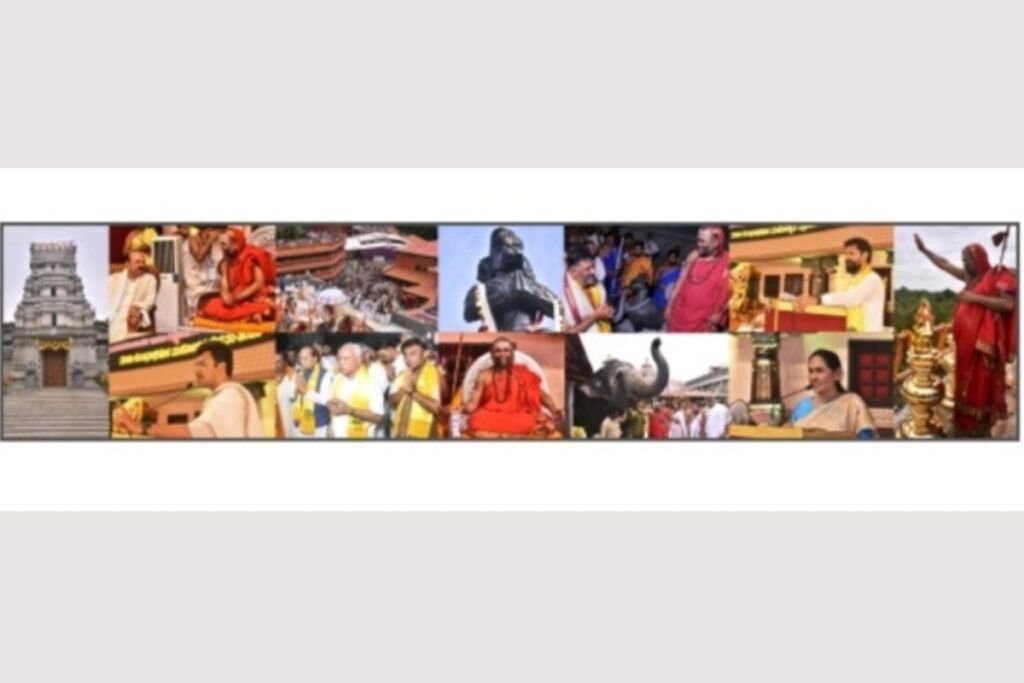 To mark its completion a historic and the most anticipated Mahakumbhabhishekam with Prathishtapana of Lord Lakshminarasimha, Shri Sharadaparameshwari, Sri Jagadguru Shankarcharya was performed by the Paramapoojya Jagadguru Hariharapura Shankaracharya Mahaswamiji on 15th April amidst millions of devotees from across the globe witnessed this rare occasion.

The Mahakumbhabishekam celebrations started on 10th April with the age-old custom of donating grains and commodities to the needy followed by the Annadana Prasadam everyday for more than 25000 devotees.

Each day all the necessary prerequisites for the Mahakumbhabhisheka like the Navagraha Homa, Sahasra Chandi Homa, Kotikumkuma Archana Poojas for growth, welfare, prosperity, health, universal peace; Yagnas by celebrated pundits from across the country and Sri Ganapathi Homa on the auspicious occasion of Ramanavami was performed with utmost discipline in the divine presence of Paramapoojya Hariharapura Shankaracharya Mahaswamiji.

It was much more than just a religious gathering. On 21st Sri Dattatreya Hosabale Sarakaryavaha of Rashtriya Swayamsevaka Sangha shared the dias and spoke diligently about the Sanathana Dharma and need for National integrity.

Every evening the stage was set for cultural programs. Popular and well known artisans who are experts in their craft from across the world were invited to participate. Devotees were elated and enjoyed all the music, dance, yakshagana and various other cultural programmes.

The mega 15 days long religious extravaganza became a huge success because of the day and night efforts of hundreds of people headed by the able guidance of Dharamadhikari of Horanadu Annapoorneshwari Samsthanam, Sri Bheemeshwara Joshi, the president along with Sri Ashok Harnally, the organizing president for the occasion and the President of Akhila Karnataka Brahmana Mahasabha. The administrator of Sreemath Hariharapura Dr B S Ravishankar, who is the main architect of the function, was a great pillar of support.

“Sri Sri Jagadguru Shankaracharya Swayamprakasha Sachidananda Saraswathi mahaswamiji with his steadfast determination conducted the Mahakumbhabhisheka to spread peace in this post pandemic era, to create a sense of wellbeing with his humble blessings to people in every nook and corner of this world and to preserve the values of the sacred sanatana dharma.” Said Shri Bhuvan Shastry, Media Head. 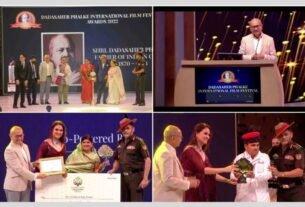 Analysing the actual role of ECI in post-election Covid upsurge