Itanagar (AP), December 07: The truth in the mark-sheet tampering case in the examination conducted by the Arunachal Pradesh Staff Selection Board (APSSB) last year is different from what has been claimed until now.

The APSSB conducted exams for the posts of lower division clerk and junior secretariat assistants on February 2, 2020. Mark sheets were tampered with in the exams, and the Board’s secretary and IAS officer SK Jain was suspended on charges of negligence. A probe revealed the malpractices were perpetrated by some lower-ranking staff on the board, and Jain was later on found to be innocent, but who is responsible for the social and mental harassment Jain had to undergo in the interim. A look at how the scam was carried out reveals the whole truth.

On February 14, 2020, a case was registered in connection to malpractices in the exam. The Special Investigation Cell (SIC) carried out a detailed investigation, which revealed an undersecretary and some other employees tampered with the OMR sheets. The SIC report showed that no senior officers of the Board were involved.

The person who perpetrated the whole scam was Kapter Ringu, the daughter of Arunachal Pradesh’s former chief secretary T Ringu, and APSSB under secretary Kapter Ringu. The scam came to light in February 2020, which led to the arrest of Kapter Ringu and two computer operators. Kapter Ringu’s immediate reporting authority at the time was joint secretary and deputy controller of examinations, but he did not share any information about Kapter Ringu’s dubious activities with either Jain or any other senior officer.

The Board’s President, Member Secretary, joint secretary and deputy controller were transferred on February 18, 2020, and other officers were posted in their place. Following negative reporting in the press, and under growing public pressure, the Arunachal Pradesh government was forced to act against senior officers.

When will action be taken against the local accused?

As secretary of APSSB, Jain had discharged his duties in a dedicated and honest manner. He was, however, suspended without even a preliminary enquiry on March 3, 2020. It is said that the suspension was due to the pressure of some student unions.

Jain is known as one of the most committed officers in Arunachal Pradesh. He worked in a disciplined manner wherever he was posted in the last two years. He filed cases against people engaging in illegal practices. It is believed that the anger of such persons was also a factor in the action against Jain.

The APSSB is already facing many challenges. The board is understaffed. There is only one undersecretary, room officers, and two clerks, who work full-time. This affects the Board’s work. In comparison, the Delhi Board has a staff strength of more than 100. Considering the topography of Arunachal Pradesh, the Board is highly understaffed.

To maintain the secrecy of the examinations, the Board has framed many rules. The safety of exam papers is given top importance. Strong rooms have been set up in different places in the state for the safety of exam papers. The papers are removed from the strong room only at a pre-decided time and delivered to the examination centres. The papers are brought back to the strong room after the exams and are later shifted to the Board’s strong room.

Kapter Ringu tampered with mark sheets in the strong room

The Arunachal government formed a committee to investigate the matter on March 3, 2020. On the other, Jain was suspended without any report. Jain had already given up the charge of the post, and there was no way he could have influenced the committee’s probe. The committee and police submitted their report to the government. Both reports clarified that undersecretary Kapter Ringu had gone to the Board’s strong room after work hours on February 4, 2020, and tampered with the OMR sheets. The probe panel also stated in its report that there were supervisory lapses by the Board and joint secretary.

Undersecretary Kapter Ringu confessed her involvement in the mark sheet tampering. In December 2020, the SIC filed a charge sheet in court. The charge sheet also made it clear that no senior officer of the board was involved in the scam. Undersecretary Kapter Ringu was the senior-most, regular gazetted officer, and was also the in-charge of the strong room in the Board’s headquarters. She was the only officer who could have tampered with the OMR sheets, which was not expected of such a senior officer. The police and probe committee found that Jain or any other senior officer of the Board had no direct role in the scam.

Who will compensate for the loss of prestige and mental harassment suffered by Jain?

Jain was suspended without any basis. The revocation of his suspension made it clear that the suspension was a reaction to the scam. Jain was reinstated with retrospective effect and he was also given all the benefits he was eligible for. But, it is also true that Jain has had to bear the ignominy of suspension without any mistake. He has had to suffer a loss of prestige and suffered mental harassment for no reason. 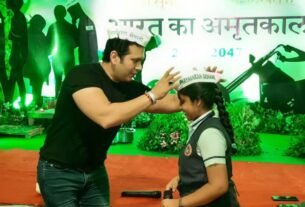 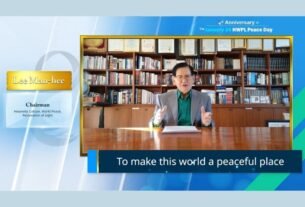