Vadodara (Gujarat) [India], November 20: Bollywood has produced many films on Terrorism. When we talk about Terrorism, the first thing that strikes the mind of Indians is India’s years’ old enemy Pakistan. In February 2019, the Indian Army did an airstrike at Balakot in which about 300 terrorists were killed. You may have seen the Bollywood film on Terrorism with the war between terrorists and the Indian Army, rigorous firing, and combat. Hit films like Kargil, Border, Holiday and Uri have shown many forms of Terrorism. But many issues of the economy of this Terrorism have not been highlighted by Bollywood.

The film explores how, for what reasons and by whom Terrorism is spread. You will be surprised to know through this film that Terrorism is not only spread by bomb blasts and firing in public places but also by destroying the economy of the country and brainwashing the youth of the country.

Hitesh is an alumnus of the Faculty of Social Work, Maharaja Sayajirao University, Vadodara. He is involved in the business of reinsurance, insurance as well as human resources. Having visited 60 countries, Hitesh is currently operating his business in Malaysia, Papua New Guinea, and India. He is the first producer from Vadodara to make a film in Bollywood. CEO Insights Magazine recently nominated him as one of India’s Top 10 Business Leaders in Malaysia.

Thousands of people lost their lives in the Corona pandemic last year. The most prolonged lockdown also became the reason for unemployment and the loss of business of many people. Hitesh Khristy, a Vadodara resident and NRI businessman, employed almost 150 people through his upcoming message-oriented film Sector Balakot which mainly focuses on the Economics of Terrorism and the Business of War.

Hitesh Khristy said about making his first film, “There are many reasons behind making this film. I came to India from Malaysia in March 2020. I had to return to Malaysia after completing my business work in 3 to 4 days. Corona caused a lockdown and had to stay in India. Being a creative mind, I was interested in filmmaking, including the business of reinsurance, insurance as well as human resources. Therefore, last year I started Q Cafe Movies Production House and decided to make a film on patriotism. The shooting of Sector Balakot began after the second wave of Corona, and during the shooting of the movie, about 100 to 150 people got employment opportunities on the set. My main objective is to convey a good and positive message to the people through this film. Apart from this, most Bollywood films are shot in many states like Maharashtra, Goa, but in this film, you will see beautiful and unexplored locations of Gujarat.

Hitesh further added that 100 crore people had lost their lives in wars that have not been reported in the past and Corona pandemic so far in human history. And in the past 3500 years, there were only 250 years where no war was going on. War and Terrorism have become a business venture that spreads violence around the world. I want to give a message to the people through this film about how human beings can survive in this world of violence.

In addition, this film reveals many facts related to Terrorism, war, and the economy of Terrorism. So far, the world has spent about 13 trillion dollars on development-related sectors, and 17 trillion dollars has been spent on war and its equipment. Such astonishing facts will be revealed in Hitesh Khristy’s Sector Balakot film.

Sector Balakot is a Pakistani terrorist interrogation film in which many facts came out during the interrogation of a terrorist. In this film, viewers will get to know where and how the roots of Terrorism originate. The film was shot at Lakshmi Studio in Vadodara, Pavagadh and its adjoining forests, DevgarhBaria, Dang’s forest, Dalhousie and Mumbai. The 1-hour, 20-minute film Sector Balakot will be released in theatres in December 2021. 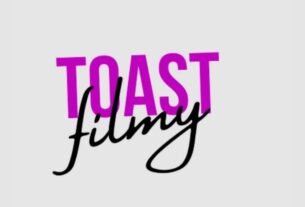 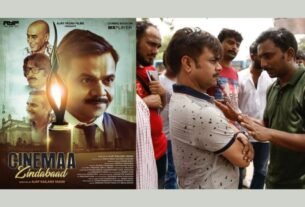