Mumbai (Maharashtra) [India], August 14: Ram Alladi’s film Ra’s Metanoia has won significant critical acclaim and awards for Gandhi’s life. Shot entirely in New York and New Jersey, ‘Ra’s Metanoia’ combines vintage film styling with state of the art computer-generated sets to create this spellbinding non-linear telling of Gandhi’s life. Along with this sci-fi element, this periodic drama is of a 40-minute length. It depicts several events of his life, such as “Magic Spell of Book”, childhood days with mother Putlibai, father Karamchand Gandhi’s death, Bapu and Kasturba’s companion at Aga Khan Palace detention camp and cream part of the film the “Night before January 30th 1948”.

Mahatma Gandhi has been the subject of various books, films and series over the decades, and many of them have made headlines for its award-winning portrayal of the legend’s life. It may seem like there’s nothing much left to tell about Mahatma Gandhi, the Father of the Nation. But his ever-evolving legacy and the indomitable spirit would never cease to enchant generations of Indians. New York-based independent filmmaker known for award-winning documentary Chiseled had something different to do for Gandhi, a childhood fascination. Gandhi’s life story gradually turned into an on-screen drama for Ram.

Director Ram said, talking about Ra Metanoia and winning several accolades, “It took me nearly 30 years to make this film. I personally feel it is such an amazing experience to have written the story and directed it. I’m honoured to have received numerous awards, including the award for best director from Dada Saheb Film Festival 2021 and best biographical film, best screenplay and best actor at the Oniros Film Awards – NY. The award affirms the importance of Gandhi’s teachings and his impact on freedom struggles around the world which I captured in the film. I’m also delighted to be perpetuating Gandhi’s legacy through my film.” 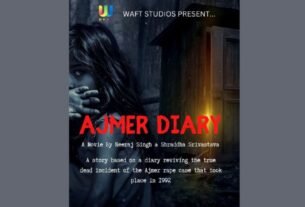 Film writer and director Neeraj Singh will make a film on the Ajmer rape case. Poster posted on Instagram 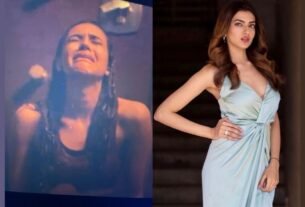 Kashika Kapoor Is the Next Big Thing in Bollywood 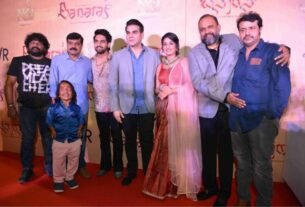