Mumbai (Maharashtra) [India], July 9: Although there’s no status on when cinema halls will reopen and pending films would get released, Bollywood has gone ahead and announced new projects. This is a positive sign. Lyrics Writer and Producer Aditya Rajesh Kumar Sharma and Nicky S who is on the crest of a new wave, now have jumped on the production bandwagon. Aditya Rajesh Kumar Sharma and Nicky S are all set to turn into the film producer. They announced the name of his production house Adinic Action Films & Music World Pvt. Ltd. (Adinic Groups) and also their first feature film Gun Gunati Raho Mein in association with Me Studios starring Astha Asija, Gaurav Singh, Vikas Kailsash Tiwari, Swapna Pati, Payal Saxena, and Silky Gambhir. The film is written and directed by Vikas Phadnis. Lyrics penned by Aditya Sharma. Music by Pankaj V Saini the Production house very soon will start work in Hollywood, Fashion Industry and Advertainment.

Producer Aditya Rajesh Kumar Sharma said, “Its great pleasure for me to announce my production house Adinic Action Films & Music World Pvt. Ltd. Now I’m producing a Hindi movie. I’m also working on some other project. The production house will open the doors for new writers, with the help of budding writers, and I’m planning to come up with something creative and big project”.

Adinic Action Films & Music World Pvt. Ltd. recently completed the shooting of their first song Saaware which is also directed by Vikas Phadnis. Now Vikas is making his directorial debut through the feature film Gun Gunati Raho Mein. “It was great collaborating with Aditya Ji. We are really excited about our first movie project. This is a travel film story of five cousins who are on a road trip. There is lots of drama and suspense in the movie. We are discovering the beauty of Uttarakhand and promoting tourism. I would like to thanks Aditya Sharma for his dedication and trust.” 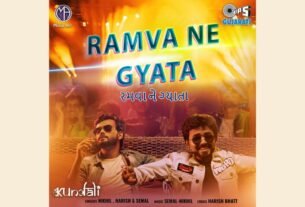 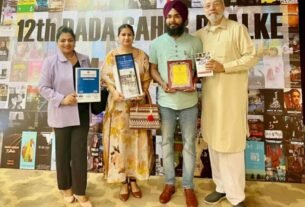